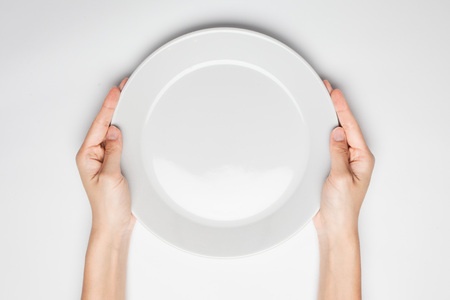 During the 2016 Lent season, I  learned the symbolic power of self-deprivation from a Syrian man I became acquainted with through my church.

This is the 5th post in the Marie Kondo Does Lent series.

As I mentioned in an earlier blog post, Marie Kondo Does Lent: Separation of Self and Stuff, growing up as a mainstream Protestant, the practice of giving up something you really liked for 40 days was foreign to me.

My fellow Protestants were equally in the dark. During one Lenten children’s sermon, the education director explained Lent to the kids gathered around her at the front of the pulpit. She told them that if you were Catholic, you had to give up things like candy or cake for the forty days of Lent. As soon as the words left her lips, a perfectly timed shocked gasp exploded from one of the kids. No candy? Unimaginable hardship!

But I now understand the symbolic power of denying yourself something you like in order to honor someone or something. I think the reason that giving up candy or ice cream for Lent was so abhorrent for me was my bizarrely food focused family. What did I need Lent for? As someone residing in a banana counting household (See post “Too Much Food To Enjoy”), I was already living Lent 365/24/7! Such was the thought process of a self-absorbed teen-age girl. So the symbolism of honoring Jesus’s 40 days fasting in the desert by giving up a coveted snack food was totally lost on me.

However, this concept of giving up food in honor of someone was recently brought home to me as I became involved with my church’s efforts to help resettle a Syrian family. (See blog post Syrian Refugees in New Jersey: Round One). The father of the family was already in the US having narrowly escaped being captured by Assad’s thugs.

Once the father was granted asylum, he was able to bring his family to the US with assistance from First Friends, an organization that helps with resettlement of asylum seekers. But the trip was far from easy. His family didn’t even have money to buy food during their 24-hour layover. So in honor of their hunger, the father gave up eating until his family had safely landed in the US.

Now Lenten deprivation is finally starting to make sense to me.