On the way to Haiti 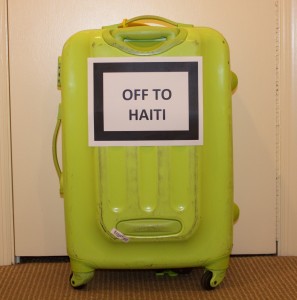 I am off to Haiti today to film a set of promotional videos for Haitian Artisans for Peace International (HAPI). I will be joined by the talented videographer Tim Frakes.  We will be shooting a series of 9 videos to capture HAPI’s unique approach to empowering the women of Mizak to take their place in the 21st century economy.

Wow, that sounds like I really know what I am doing.

While I have participated on many television commercial shoots as a client, I have never had a hands on role in making a video. It is one thing to ask the director “can we have the talent say Advil Advanced medicine for pain’ one more time.” It is another to be responsible for writing the scripts, outlining the shots and then making it happen on the ground.

In the past, I would have said, “oh I can’t do that, I have an MBA, not an MFA. I have never had the title copywriter or producer.” But after running my own company and being surrounded by young entrepreneurs at my WeWork office, I am adapting a millennial “I got this,” attitude. Sick of a lifetime of second-guessing myself, I am, as the Nike slogan says, going to “Just do it.”

Nike Slogan, “Just Do It.