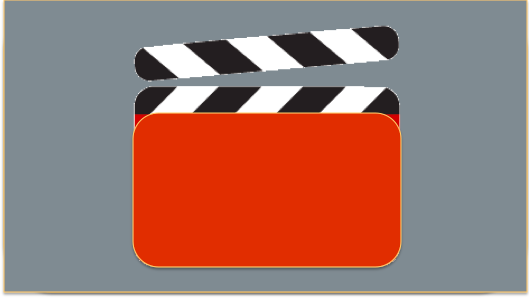 Syrian Refugees in NJ: Round One

Playing into the fear mongering from all the recent terrorist attacks around the world, our NJ governor, Chris Christie said he would not accept Syrian Refugees in New Jersey. Trouble is he can’t do that legally or logistically, but he can, with each word, build walls of misunderstanding, hate and fear. 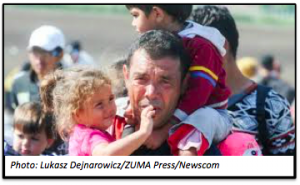 But actions speak louder than words. Christie’s words backfired as the New Jersey religious community sprang into action, with over 100 religious leaders around the state (including my Pastor, Dr. Brad Motta) signing a letter asking Governor Christie to reconsider his harsh stance regarding the refugees.

My church, Morrow Methodist, took it a step further last week and voted to support a Syrian Refugee family in defiance to our Governor’s wishes. In less than a week, First Friends, an organization that provides assistance to detainees and asylum seekers, reached out to Morrow Church for help with a family who had just received political asylum. Our phones were ringing off the hook with people in the community wanting to help.

Within a day we had made arrangements to host a family! Things were very fluid so our support transitioned into helping First Friends set up the family’s apartment. CBS covered Morrow’s actions on the 6 o’clock news and cited another congregation that was resettling a Syrian family of seven.

With each mattress we buy, each meal we cook and each dollar we donate, the religious community breaks down the walls of fear that Chris Christie’s words built. Round One: compassionate action beats the hot words of hate. 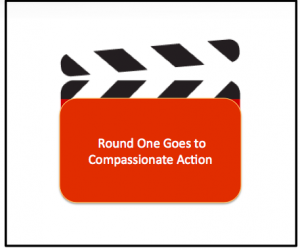