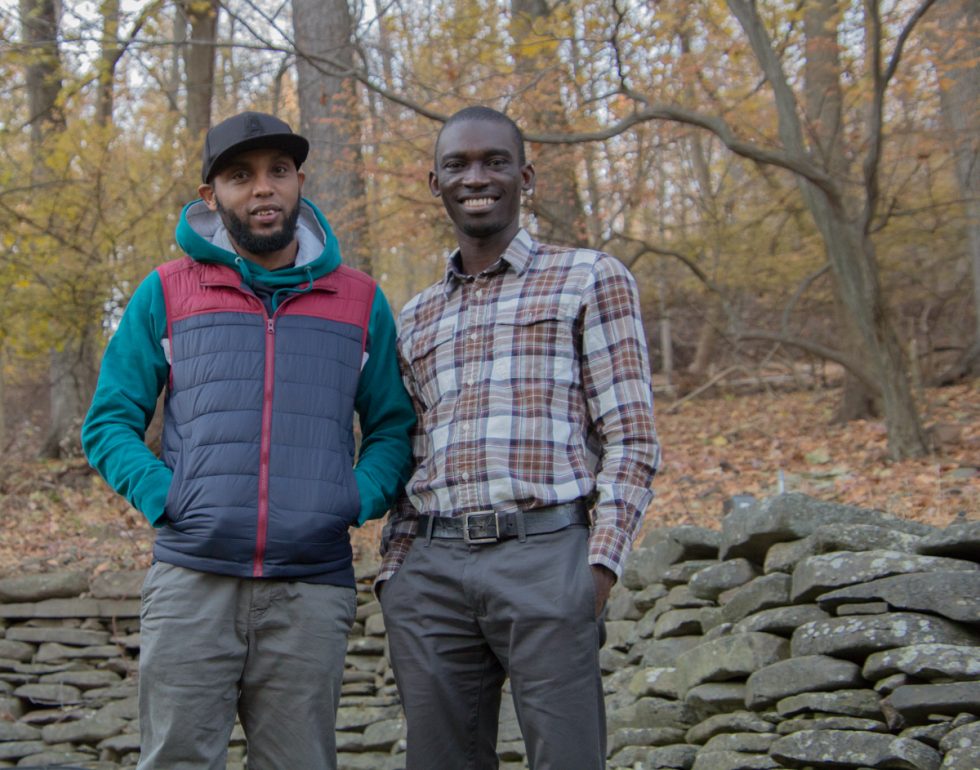 I wasn’t looking forward to Thanksgiving.

Thanksgiving was the first major holiday since my mother, Marion Wetzel, died in May, two days after her 91st birthday. I was certain Thanksgiving would be a solemn affaire, full of deep sighs and sad side-glances over to the chair where Marion always sat during holiday dinners.

Instead our Thanksgiving  was joyful, with conversations buzzing and overlapping, largely due to our two guests, Abiodun and Mahmud. We had hosted both men before.  Our house was their first stop after being released from the Elizabeth Detention Center where they were held for six months or more until they won their asylum cases. You can read how Mahmud came to the US here and about Mahmud’s initial visit with our family here.

I had come to know Abiodun and Mahmud through my work with First Friends, an organization that provides volunteer visitation, resettlement assistance and advocacy for detained immigrants and asylum seekers. I watched them go from asylum seekers in orange jumpsuits to men with jobs and apartments in a matter of months.

The Thanksgiving dinner conversation flowed naturally. My daughter and Abiodun traded views about two Nigerian afrobeat/afropop/hip-hop artists Davido and Wizkid, My mother-in-law, a former school teacher, kept the conversation rolling with questions about what it was like to go to school in Ethiopia and Nigeria. We face-timed with Mahmoud’s mother in Addis Ababa.

Everyone around the table had had a tough year. We had lost both my father-in-law and mother. Both Abiodun and Mahmoud, left behind families, friends and thriving businesses due to threats against their lives in their home countries. Both men were happy to visit their American family for Thanksgiving (I’m listed as “Mama US” in Mahmud’s contacts). And I was grateful to have a Thanksgiving focused on my ever-expanding family.

I still miss my mother, but increasingly thinking about her brings a smile to my lips rather than a tear to my eye. It is amazing the healing power of having a group of people from all over the world around a table who are happy just to be with each other.