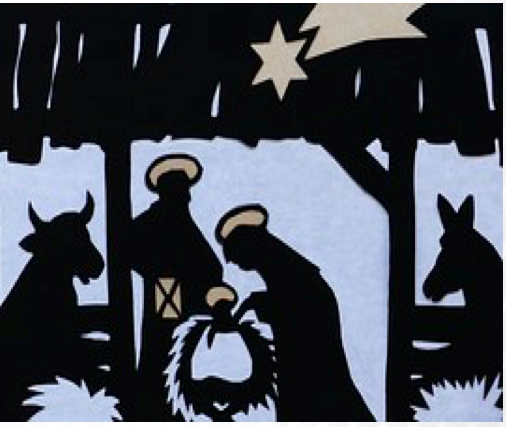 Who knew that the Christmas story had the seeds of a best selling self-help book? 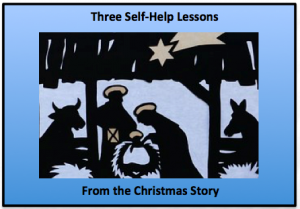 Usually the Christmas story unfolds like a fairy tale over the four weeks of Advent. A nice story, but not particularly relatable. But this year’s rendition at Morrow Methodist Church contemporized it in a way in that will stick with me well into the New Year, inspiring me to be open to whatever life throws my way (although at 56, I hope the angel Gabriel isn’t planning to visit me with news of an impending child)

Our Morrow Church Christmas story featured Joseph, the counter cultural hero. Joseph accepts pregnant Mary rather than casting her aside, as the custom of the day would have him do. That sermon was entitled, “The Audacity of Christmas.

I’ll have to remember that the next time someone tells me an idea won’t work. 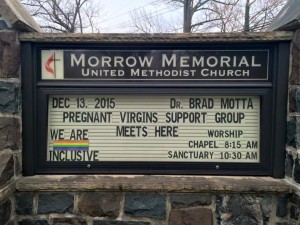 Here Mary is not the serene character depicted in most works of art. Instead she is a confused young woman terrified about her future, getting all sorts of withering looks as she walks the streets of Nazareth. Yet she conquers her fear through faith and by seeking refuge in the company of others, specifically her cousin, who is also miraculously pregnant (but not scandalously so).

This past Sunday’s sermon, “O Holy Fright,” focused on how the characters in the Christmas story first reaction was abject fear when life threw them a little curve ball named Jesus. 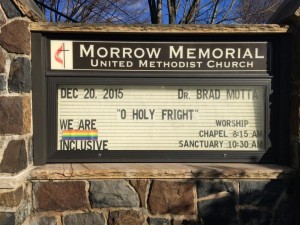 Their fear is something we tend to gloss over because we already know the end of the story. But their fear was real. However, Mary, Joseph and the Shepherds kept going because they knew God would give them the strength to get through what ever came their way. It wouldn’t be easy but they could do it.

So this New Years, my bedside table will be clear of all the self-help books telling me how to be neater—smarter—thinner. Instead, I’ll start 2016 knowing that whatever comes my way, I’ll deal with it. I am not alone and sometimes, when you go against the grain, some pretty cool stuff can happen.