Why Do Pigs Cry and Other Religious Musings

Why does the pig cry? 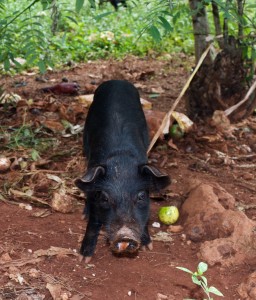 The answer depends on the time of day.

In the case of the pigs captured on this funny video by my good friend Tim Frakes, it was the anticipation of being fed. I thought my Jack Russell, Lily, was excited about breakfast! However, on my recent trip to Haiti, the pig frenzy I witnessed far out did my dog’s hysterical barking in circles. 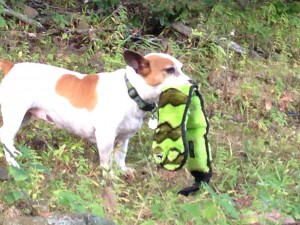 But that was pigs crying in the morning.

One night on my previous trip to Haiti, the pigs erupted in shrieks around midnight. So of course the next morning, I asked Pastor Paul Prévost if the noise was a little “piggy pillow talk.” He laughed and said no, some other animal had wandered over and started bothering them. Too bad for my piggy friends!

Now some people may be taken aback at my line of questioning for a man of God. But “inquiring church lady minds want to know.” In fact, one of the biggest misunderstandings about religion (speaking mainly about my personal experience as a Protestant), is that it requires blind faith. No questions asked!

This is a common misconception; even among those of us raised in a religious tradition. I can’t tell you how relieved I was to see clearly written in a Gospel of Luke study guide that it wasn’t even necessary to believe in the Virgin Birth (at least for Presbyterians, PCUSA branch).

In fact, questioning is an indication that you take your religious beliefs seriously. Religious questioning is akin to fighting in a marriage. Who wants to fight? Certainly not those of us growing up in the frozen chosen tradition! But you swallow your fear of confrontation and bring up tough issues because the relationship is important to you.

So I keep asking questions, from the ridicules (e.g. my pig husbandry question) to the sublime.

Why? Because religion and those involved in it are important to me.