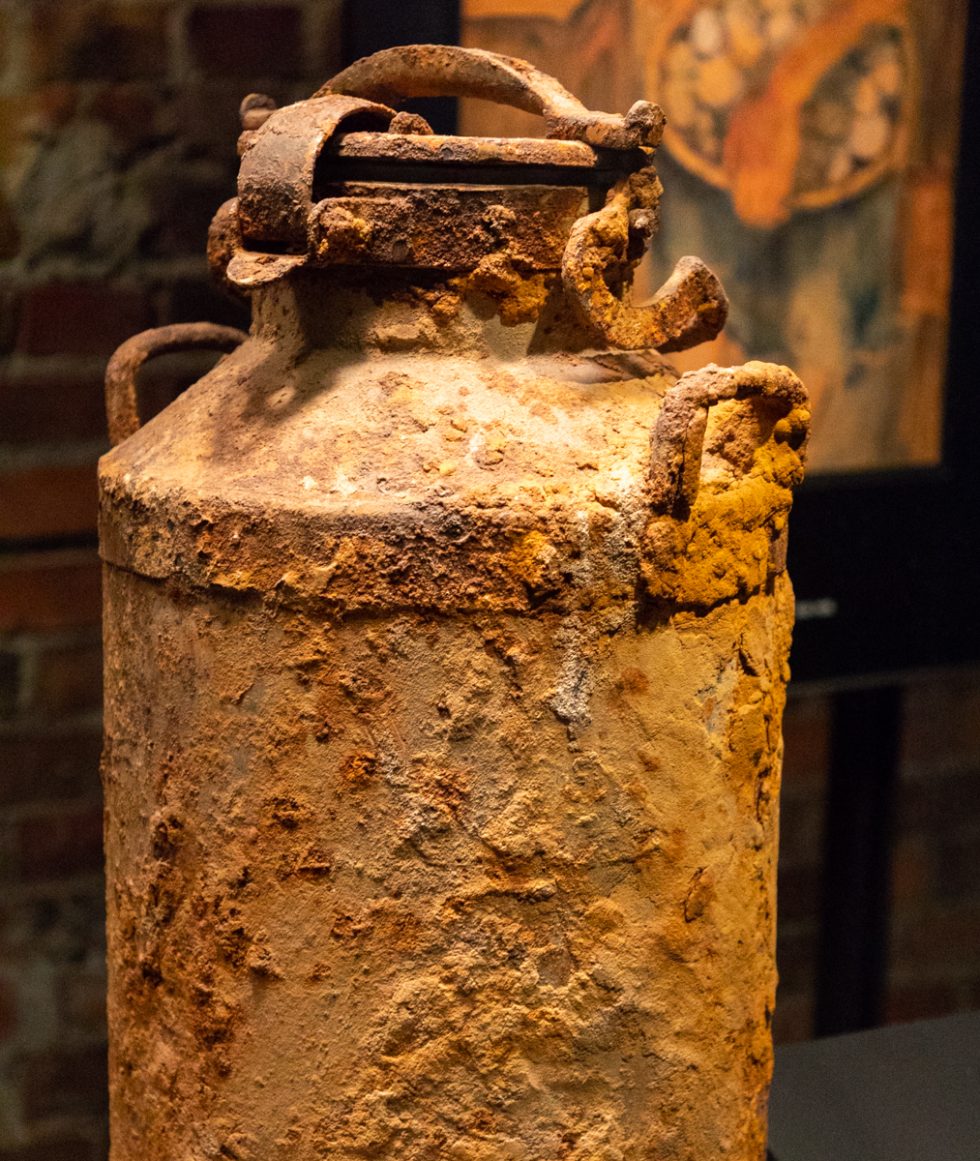 The Holocaust-Human Ingenuity Under Horrific Circumstances

During a recent visit to the National Holocaust Museum in Washington D.C., an ordinary object in this museum of extraordinary horrors wormed its way into my mind. Under the artfully placed spotlight, a rusty old metal container’s corroded bits glinted like diamonds. Its surface was transformed by time into a highly textured topographic map of burnt orange and light ocher.

But what this mundane vessel held within its crumbly walls was even more remarkable­­—the stories and artwork of Polish Jews during the Nazi occupation. Metal containers like this one were buried throughout the Polish Ghetto so that future generations would never forget the Nazi atrocities or the people who perished.

A seemingly small act of defiance, yet one that would have resulted in certain death for the participants. A beautiful reminder that even in the darkest times, small acts can shine like a bright beacon of hope.